Check out my Maglite blog at: http://maglitehistory.blogspot.com/ For all things Maglite.

Code 4s are a really interesting, and often overlooked, professional flashlight. Everyone knows about Kel-Lites and Mag-Lites but Code 4s were marketed to a far greater audience than just law enforcement. They were also light years ahead of their time in terms of technology.

Originally produced by L.A. Screw starting in 1976 and from 1985 on by famed flashlight manufacturer George T. Price these were really a do it all light. The light had many variants. The Code 4 is by far the most popular. Code 4 in cop speak is the code for "everything ok", "situation normal", or "no further assistance required". L.A. Screw chose the latter, "no further assistance required" as their marketing tag line for the light. However, these lights were also produced is several configurations that included the following models:

Shown below are some vintage advertisements for these models that came from an old L.A. Screw authorized dealer. 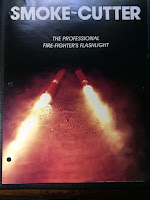 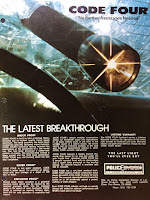 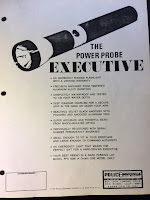 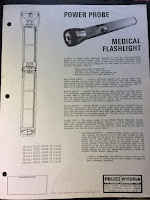 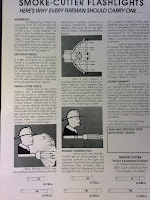 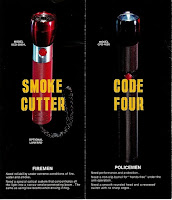 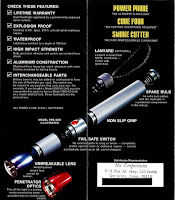 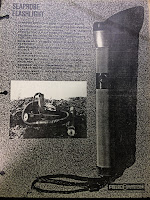 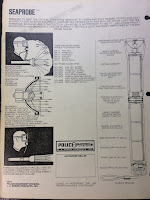 As can be seen in the spec sheet below the flashlights were actually a modular system that could be configured in a number of ways. The entire flashlight could be broken down into pieces, even the switch and the head unlike other flashlights of the time. A light could go from a 3 cell to a 5 cell or the switch could be moved around in the light assembly. The idea was that the user benefited from the switch being in the middle of the light because it was a better balance point. This proves true with the lights I've held. They have a much different feel than a Maglite or Kel-Lite. 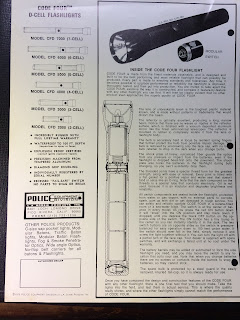 I have a couple L.A. Screw lights in my collection. The first is one of their very early 2 cell lights. The tail cap is stamped "Pats. Pend." and was likely from 1976 to 1979 before the patent was approved. The grip is bare aluminum and doesn't ever appear to have been anodized. Opposite the serial number the switch is stamped "Police Equipment For Police Use Only". This predates the Code 4 branding. This light was carried very briefly by a police officer in Kentucky before he acquired a Maglite. 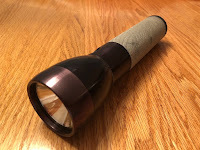 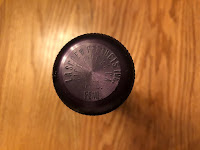 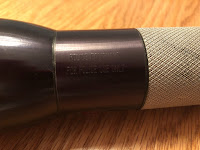 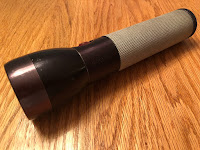 Below is a very rare New In Box (NIB) L.A. Screw Code 4. This is one of their models from 1979 to 1985 which had "Pat." stamped on the tail cap and Patent # 4,185,583 stamped below the Code 4 logo on the switch. What's interesting abut this patent and the switch design is that the switch is not a "clicky" switch like found on the Maglites even though it looks that way. It goes through the flashlight and protrudes out either side depending on whether the light is on or off. It does not click back automatically into its original position. It is more similar to a slide switch. You'll notice one switch seal is red and one is black so user could orient the light correctly. 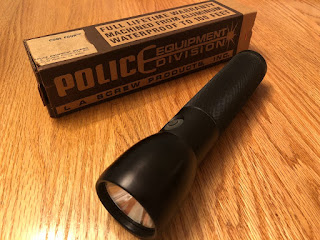 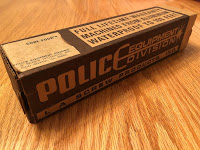 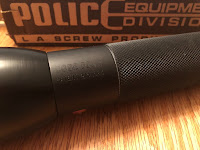 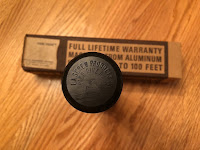 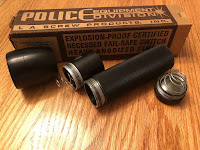 Starting in 1985 G.T. Price, a long time maker of right angle, military, and scouting flashlights bought out L.A. Screw and re-branded the lights to a G.T. Price Code 4. Around this time or before most models were dropped. The Executive, Power Probe and Sea Probe were dropped form the lineup. The Executive and Power Probe were dropped because they were slow sellers and the Sea Probe because it proved to not be as water proof as hoped. L.A. Screw also did a special light for Monadnock, a New Hampshire police equipment supply company. Monadnock was later bought out by Safariland and Safariland still markets Monadnock batons to this day. These lights do not have the Code 4 branding.

Shown below is my GT Price Code 4. These lights are rare today but not expensive and not well sought after by collectors. One of the reasons that I'll detail in a future post is the switch module can be finnicky. I've done a lot of repair and restoration on these lights so I think I have some advice on getting them into working order again. These lights switched to a "clicky" style switch over the older style "dual" switch where there was only one protrusion from the barrel and the switch returned to position automatically just like a Maglite. 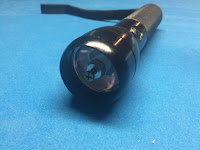 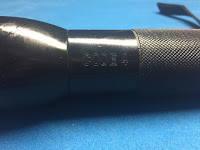 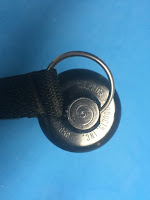 This light has an optional Vari-Probe attachment. The Vari-Probe was an optional filter and attachment system for the light. This one included a red filter which was popular for aviators and cops on the night beat. Red light does not deteriorate night vision as does white light. This particular light was owned by a professional test pilot and M.I.T. professor who used it to work in a cockpit late at night. The soft, red light did not deteriorate his night vision and was perfect. He carried it for many years up until his untimely death. His obituary and the wonderful story of his life can be found here. Shown below is how the light looks when turned on. 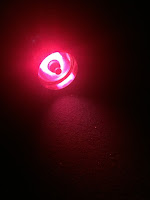 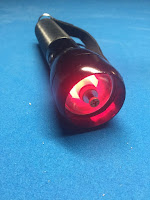 Shown below is an ad explaining the Vari-Probe system. 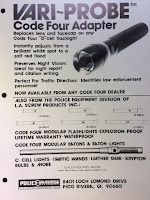 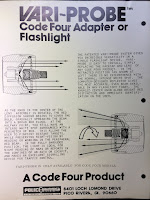 And here's one more ad from after the acquisition of Code 4 by G.T. Price along with the different configurations it could be ordered in. 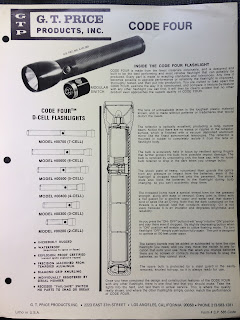 These lights were produced into the late 1980s with the Code 4 being the most popular model by far. Executives and Sea Probes are extremely rare as they were discontinued early on and even the distributor I talked to had never seen either in the flesh. Brinkmann eventually bought out G.T. Price and they produced an almost identical model, albeit in LED, to this day. Shown below is the light Brinkmann currently produces. 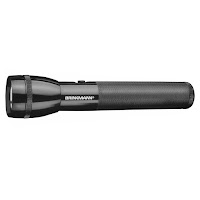 I do not know anywhere near as much as I'd like to about the history of L.A. Screw or G.T. Price. I've only ever talked to distributors of these lights and not anyone that worked for the companies directly. If you have any info please feel free to give me a shout. My contact info is at the right.

As always I'm looking to buy vintage and rare aluminum flashlights. Please let me know if you have any, top dollar paid.